...AND THEY LIVED HAPPILY EVER AFTER --MOVIE REVIEW --KHOOBSURAT

September 22, 2014
Hello Friends !
Yes, you guessed it rightly .It is a Disney Movie .I guess the fairy tale ending gave it away . 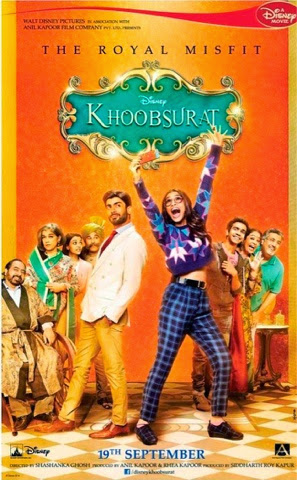 khoobsurat is a very likeable ,light and frothy film .It is vibrant and easy on the eyes with peppy music scores .
The film has a typical  Mills and Boon setting.So we have a Bindaas-kickass Dilliwalli Sports Physiotherapist Dr Mrinalini Chakrakravorty(Sonam Kapoor)who is invited to Sambhalgarh palace to help the ailing King Shekhar(Dr Amir Raza Hussain) get back onto his feet after a tragic car accident left him paralysed and his elder son Prince Amber dead . 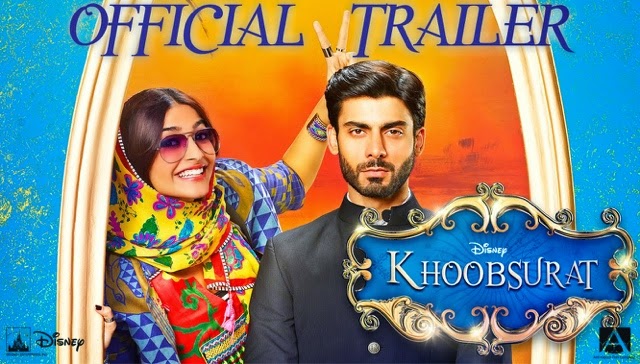 Once in the palace,Dr Mili faces the suffocating discipline of Rani Sahiba(Ratna Pathak Shah).Fawad khan plays the workaholic handsome prince Vikram singh Rathore.The prince is engaged to Princess Kiara(Aditi Rao Hydari) .After the initial "khadoos from Dr Mili and "Aafat"from the Prince ,opposites start attracting .They have plenty of help from the over enthusiastic Punjabi mom Manju (Kirron Kher). 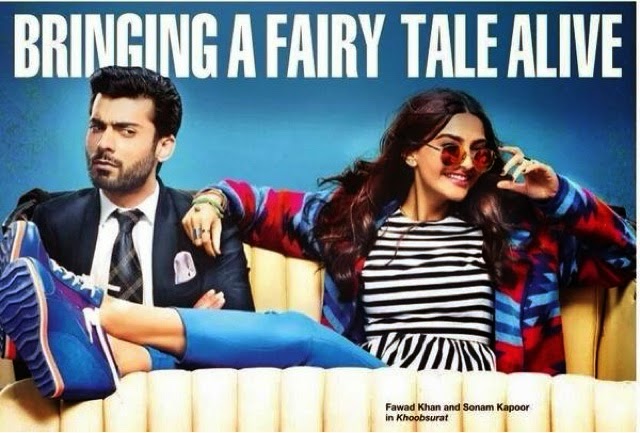 In the end,hardened hearts melt and all is well with the good spirited bumbling physiotherapist who has her heart in the right place winning everybody'hearts too.
Watch  this film for
1.The rib tickling repartees.Sample this -Kirron Kher cursing"Royal Kanjharkhana " in answer to a stiff upper lipped Rani Sahiba's rebuke .
2.As usual Sonam Kapoor's clothes are more worthy of praise than her acting skills .Still I believe this could be her best performance so far .
3.Amir Raza Hussain is pure gold as the ailing grief struck Raja who later on undergoes a transformation.
4. Fawad Khan dressed by designer Raghvendra Rathore (who is himself of royal lineage) looks every bit the disciplined ,hardworking but nevertheless charming prince .I think he has a lot of acting potential and has steely eyes .Maybe we will see him in a dark role or in the role of an angry young man soon.
5.The music score is soulful and sometimes foot tapping too .
6.Good chemistry between the lead player.
7.Finally a film where you can take your kids along . 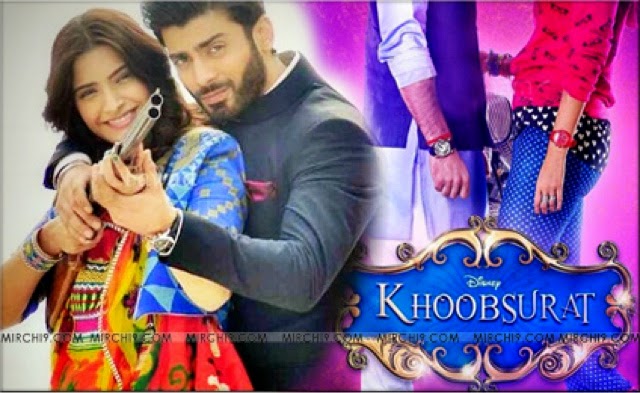 The negative points are few
1.Somewhat candy floss romance .So how many royals marry bespectacled silly physiotherapists.But we girls are a sucker for candy floss romances .
2. Sonam Kapoor's acting is weaker than the rest of the cast .She is shown punch drunk in a dance sequence ,yet there is not a single wobbly step out of place ,no slurring of her speech.This girl can handle her drinks very well.
3. The latter part of the film is slow but just a tab bit slow.
All in all ,this is an entertaining film by Anil Kapoor and his daughter Rhea Kapoor .Your little princess will certainly like it ,mine did too .
I would rate it a 3.5 /5 .
Bollywood Lifestyle Movie review