Stories of Courage and #WillofSteel

Today through my blog I will do my bit by writing about some exemplary individuals with undying courage .Individuals who overcame the challenges thrown by life through their steely determination and proved their mettle ,and the  fire in their belly not just illuminated their lives but also the lives of many others.


The Will of steel is a JSW (India's largest steel manufacturer ) empowered platform where many undiscovered inspirations like Geeta Phogat,could be recognized ,appreciated and supported and thus much more can be done  for such inspiring individuals. 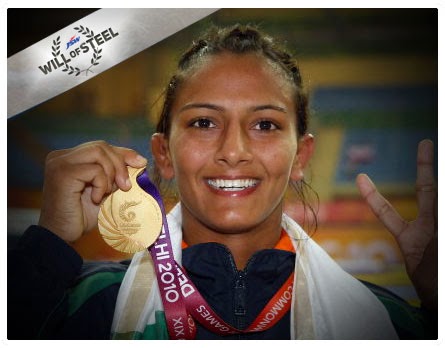 Geeta Phogat , is the first woman to benefit from this campaign.She pursued a male dominated sport like wrestling in the  male dominated society of Haryana and won a gold at the Commonwealth games .This was not just a win for Geeta but a win for  thousands of oppressed women in Haryana.

Below are more such stories of  Heroes whose nerves of steel and undying optimism is an inspiration to thousands of countrymen :

1. Chewang Norphel - Nick named as Ice man of India .This simple ,stocky retired man has changed the face of agriculture in Leh and Ladakh . 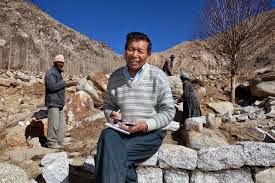 An Indian civil engineer from Ladakh, he has also been awarded the Padam Shree for constructing 12 artifical glaciers.The artifical glaciers thus created help in better ground-water recharging  and thus  provide more water for irrigation for a longer duration of time even after the rivers freeze .Norphel proposes artificial glaciers as a substitute for dams, which to him are environmental and social problems , besides being a financial burden..

I salute this man for his enterprise and determination and possessing a will of steel .

A pioneering Economist and author of "Beyond Developmentality ", Dr. Debal Deb has been championing the  cause of biodiversity and human development as being the focus of attention while formulating policies for  sustainable development .His relentless efforts have successfully saved 920 varieties of indigenous rice thus enabling and preserving the natural biodiversity of Indian Ecosystem .Biodiversity is the key to reducing fertilizers and pesticides use in our agriculture and increasing production without burdening the ecosystem .

To find more about such tales of courage and selflessness , visit here at http://willofsteel.in/  and help the cause of your hero . 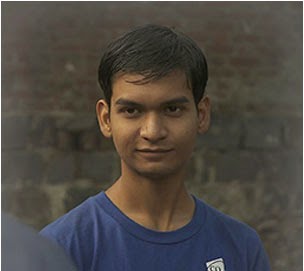 He was forced to flee his home at the tender age of 13 years  because of his abusive father .On the streets of Delhi,he had to endure sex trafficking ,abuse, child labour and many other atrocities till  Salaam Baalak trust found him .Salaam Baalak trust sheltered him from this daily abuse and offered a life of peace and dignity .Today Satender has taken it upon him to protect more such innocent lives on the streets from the cruelties that he was subjected to as a child .


Every time I see a blind or crippled child braving the sun and the rain  for begging , my heart goes out to that child .These are the invisible children of India, fending for themsleves on the streets .Some have run away from their homes ,some have been kidnapped by mafia and some others have been abandoned by the parents who gave them birth .They are toiling in industries for a fraction of the usual wages .They are engulfed by the sex trade and routinely subjected to rape and molestation .Some have fallen into the quicksand  of drugs where a life of early death and disease awaits them.
Most of them would become criminals unless we take them back in the mainstream , rehabilitate them and give them a reason to believe in humanity .We have to join hands to give these children , our children a reason to smile ,to get another chance to rewrite their fates .

I request all my friends and readers to support this young man in his selfless endeavour .After all it is easy to live for yourself and set world records of glory and grit by your deeds.But to dedicate your life to the cause of others  is a godly act .An act which deserves recognition and support .Our support can give a new lease of life to many more young lives.

“I’m voting for Satender Sharma’s #WillOfSteel and blogging on BlogAdda to help him get felicitated and eventually enabled by JSW.