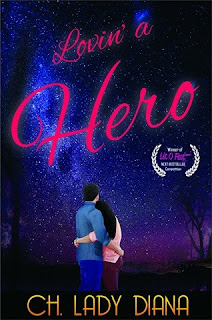 About the Author  -  The author has been blogging at "The Scented Words " and this is her second book,the first one being ' The Mirage of Love ' .

What I liked about the Book

The book tells  the story of a 28 year old single mom Aditi Sharma or Adi ,a Page 3 journalist for “Bollywood Masala ” magazine . She is a woman of substance and chutzpah who does not take any non sense and has given up any thoughts of finding love again in life for her world revolves around her work and her young son .But everything changes when she is assigned to cover the shooting of a movie by  the "King of Romance " Aditya kapoor ,on the pretty island of Madives …

Once bitten twice shy and yet love comes tapping at Adi's door .On one hand is the dashing and sexy Aditya Kapoor - the onscreen King of  Romance and on the other hand is the simple Gaurav who had been her childhood friend.

It sounds like 'Chick-lit '(pardon the expression ) but it has a  sincere narration .The opening lines of the book seem to come straight from the heart and touches a cord somewhere, it urges you to let the dreams twinkle in your eyes .

I quote the author  "…  when reality seems really difficult to believe and when it appears to be a nightmare then believing in magic becomes far easier than accepting that reality ."

I could relate to Aditi , the feisty and yet lonely woman who is too scared to love again for fear of letting down her child and her parents or herself .

The book has some hilarious situations that include Adi's Father and the sexy Aditya .

It is easy to read and has a nice ending and gives you that fuzzy warm feeling in your heart .A book you would like to curl up in bed with !

Other than the fact that at the end of the day it is a romantic fiction (Mills and Boon type) , I really can't find any faults here .