8 Things You Did Not Know About Australia 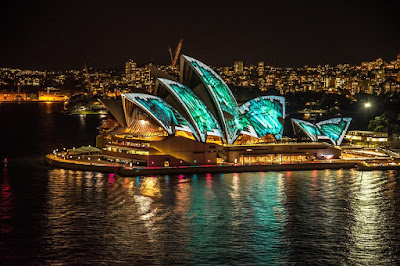 It’s always wise to research on the internet about the destination you visit for a vacation. It
establishes some information so that you get a clearer picture when you visit the place. If
you’re travelling to Australia, or you’re in Australia right now, and looking up for an article
about surprising things in the country, then have a look! Make sure you’ve an
Australian Sim card to have access to the internet if you’re already in Australia.

1.Melbourne was once the wealthiest city in the world

Yes, you heard it right. Melbourne was once the richest city in the world. When gold was
discovered in Victoria in 1850s, Melbourne was transformed from a small town to the richest
city. By 1880s, Melbourne was named “Marvelous Melbourne. Now, Melbourne is one of the
world’s most livable cities, famous for its abundant street art and coffee culture.

2. Australia is a country founded by delinquents

A British penal colony originally discovered Australia. In the 1700s, British colonizers arrived in
New South Wales along with delinquents who were meant to live in Australia as prisoners.
Australia day is celebrated on Jan 26, honors the arrival of these prisoners to port Jackson.

3. There are more kangaroo and sheep than people

Australia is a sparsely populated continent with approximately 24 million residents. The
astonishing thing about the country is that there are twice the amount of kangaroo, and thrice
the amount of sheep. To curb the population of kangaroo, eating kangaroo meat has become
commonplace and sheep are used for wool as well as their meat.

If you’re a beach person then we’ve a good news. The country has beaches for every kind of
taste and traveler. You could visit a different Australian beach every day for 27 years
and still not see them all - that’s a lot of beaches!


After Greece, the largest Greek population in the world resides in Melbourne, Victoria. The
city’s Greek Precinct is situated along Lonsdale Street. On the corner of William Street, you will
find Hellenic Museum as well as the Hellenic Foundation for Culture Centre.

Over 200 languages are spoken in Australia including 45 different indigenous languages. After
English, the most popular languages are Italian, Greek, Vietnamese, Cantonese, Arabic, and
Mandarin.

7. Land of unique animals and animals

Over 80 per cent of the plants, mammals, frogs, reptiles, etc. found in Oz are unique to the
country and are not found anywhere else in the world. A few of the well-known species of
endemic animals include the dingo, platypus, koala kangaroo, echidna, wallaby, and wombat.

8. Australians are a tolerant lot

Studies have shown that Australia is among the most open minded countries in the world. It
was tested last year with a survey of marriage equality. Despite years of public debate, 62% of
Australians voted yes to legalizing same-sex marriage, a thumping victory for the country.

To sum it up , Australia , with its great beaches and diverse flora and fauna and delicious cuisine is a much sought after destination that should be on the bucket list of every traveler worth his /her salt.