November 22, 2020
I recently got the opportunity  to attend a webinar conducted by the Malaysian Palm Oil Council (MPOC) and I must say it was stimulating.
To know more about Palm Oil , please read my previous post here 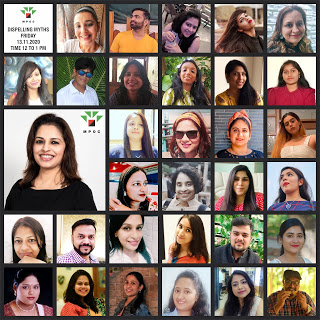 Here are the chief points that emerged after the stimulating  discussion with Dr. Bhavna Shah ,who is the Country Representative of  MPOC for India and Sri Lanka :

1.The Effect of COVID 19 Pandemic on the Palm Oil Trade

The current pandemic has brought down world economies and Indian Economy has been no exception to this worrisome trend . (MPOC) . Malaysia being the second largest producer of Palm Oil after Indonesia was badly hit too .This Webinar aimed to dispel myths about Palm Oil and specifically about Palm Oil from Malaysia.
Vegetable Oil comprises a large part of Indian Imports. India's total vegetable oil consumption is about  23 million tons, our local production makes up for just seven to eight million tons and that too depends on a good monsoon. Out of the 15 million tons of imported Vegetable Oil, Palm oil forms a major share of the edible oil consumed by Indians, with second most consumed oil being Soybean Oil.
During the lockdown , the HORECA (Hotels, Restaurants and Café ) sector which is a big consumer of Imported Palm Oil suffered the most , with most people choosing to stay away from eating out , this affected the demand too.

In January 2020 a political controversy between then Malaysian government and the Indian government  prompted the Indian government to impose a ban on import of Malaysian Palm oil as a result of which business and trade suffered .Fortunately, things have taken a turn for the better since  the new regime change in March 2020  , the focus now being back on reviving trade ties.
Malaysian palm oil also faces other challenges like a ban in the name of sustainability by the European Union.For example UK needs vegetable oil to meet the demands of the Bio-diesel industry. In order to promote its home grown and  more expensive rape seed oil, they are imposing import bans on the cheaper Palm oil from the South East Asian countries citing unethical practices as the reason for the ban.

3.The Debate about Sustainability

European Union and America have been asking for a ban on Palm Oil Imports because being a cash crop , the cultivation of Oil palms on a large scale affected the Rainforests and the Orangutan population. These allegations were true to some extent and to counter that Malaysia has pledged to At the Rio Earth Summit in 1992 to maintain at least 50 percent of perpetual forest and tree cover, and this commitment was reiterated at the Conference of the Parties (COP) in Copenhagen in 2009. Malaysia has also made a pledge to voluntarily reduce carbon intensity by 40 per cent by the year 2020 compared to 2005 levels (NRE, 2011) and it has been quite successful in its attempts so far.
Malaysian Oil palm industry is regulated by about 15 laws and regulations pertaining to including the Land Acquisition, Environmental Quality, Pesticides Usage, Occupational Safety and Health Act (1977), and Protection of Wildlife Act 1972.
Ironically South American countries like Brazil and Peru are continually destroying the Amazon forests to clear land for Oil Palm Cultivation but America chooses to look the other way.
Dr. Bhavna Shah stressed that Malaysia is making all round efforts to make its Palm Plantation acceptable and  sustainable and is advocating traceability of imported palm oil ,through which the product can be  traced back to its source Oil Palm Plantation which practices eco friendly plantation.

4.The decades  old  Myth about Palm oil being Unhealthy 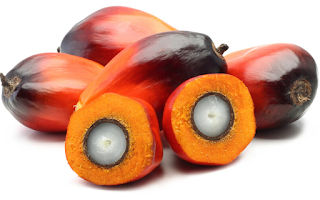 As early as  the 1990s , it was propounded that Oils like Coconut Oil and Palm oil are bad for your health because they are rich in saturated fats and their consumption could increase bad cholesterol and cause heart disease. Olive Oil and Canola Oil which are rich in Mon-unsaturated fats were hailed as zero cholesterol alternatives.
The fact is that there  are numerous types of fat..Cholesterol is not at all  found in any vegetable oils .Our  body makes cholesterol to store the excess calories we take in when we overeat or do not exercise.
Common sources of saturated fat include red meat, whole milk and other whole-milk dairy foods, cheese, coconut oil, and many commercially prepared baked goods and other foods.More than saturated fats , hydrogenated fats are  more harmful like refined vegetable oils and margarine etc.
According to a study conducted by. Rudel, John S. Parks, and Janet K. Sawyer ( Originally published in Dec 1995)
on African Green Monkeys (chosen for being closest to humans physiologically and immunologically) , Compared With Dietary Monounsaturated and Saturated Fat, Polyunsaturated Fat Protects African Green Monkeys From Coronary Artery Atherosclerosis (CAA).Levels of high-density lipoprotein (HDL) cholesterol are generally inversely associated with the risk for the development of atherosclerosis.
Polyunsaturated fat–rich diets as compared with saturated fat–rich diets have been repeatedly shown to decrease CAA in primates ; no such effect of monounsaturated rich–diets in any primate has yet been demonstrated.
This study implies that having a diet high in Monounsaturated fats (like Olive Oil and Canola etc.) does not have any protective effect on the heart .
Fat is not a culprit , it is essential to our wellbeing and we need to take at least 20% of our calorie requirement from fat .But we should avoid  the trans fats, limit the saturated fats, and replace with essential polyunsaturated fat.
Coming back to Palm Oil ,The Red Palm oil derived from the Flesh of the Palm fruits though high in saturated fats (the saturated fat content is lower than coconut Oil) it also contains  about 50% unsaturated acids –Oleic acid and Linoleic acid -which are good for the heart and thus it is an overall healthy medium for cooking., Red Palm Oil is also rich in anti-oxidants which has a protective action against oxidative stress (oxidative stress is linked to heart disease and strokes).Red Palm Oil is also a rich source of Vitamin A which has anti-ageing properties and also rich in Tocotrienols it contains which is very  important for brain function.
In conclusion , Red Palm Oil can be a good cooking medium as it withstands high temperatures of Indian cooking styles , It is packed with nutrients and it is much more cheaper than Extra Virgin Olive oil ( which is not suitable for cooking at high temperatures) or Canola Oil.Compared to Soybean Oil and Mustard Oil , it is not thyrotoxic (bad for the thyroid gland ) .It does have saturated fats but  the high antioxidants help in neutralizing the effect on the arteries . Any oil anyways should be consumed in low quantities and a diet rich in legumes, fresh fruits and salads is anyways the best way to keep the heart healthy.
As long as your Palm Oil comes bears the mark of being  Certified Sustainable Palm Oil (CSPO) , it is a good medium for cooking and for use on salads and baking compared to butter , margarine and hydrogenated or refined vegetable oils.
In fact MPOC is joining hands with Indian Vegetable Oil Producers Association (IVPA) to promote Palm Oil cultivation and increase its yield in India by adopting sustainable practices, which should be a good news for Indian Economy and Indian consumers.
Food Palm Oil Social