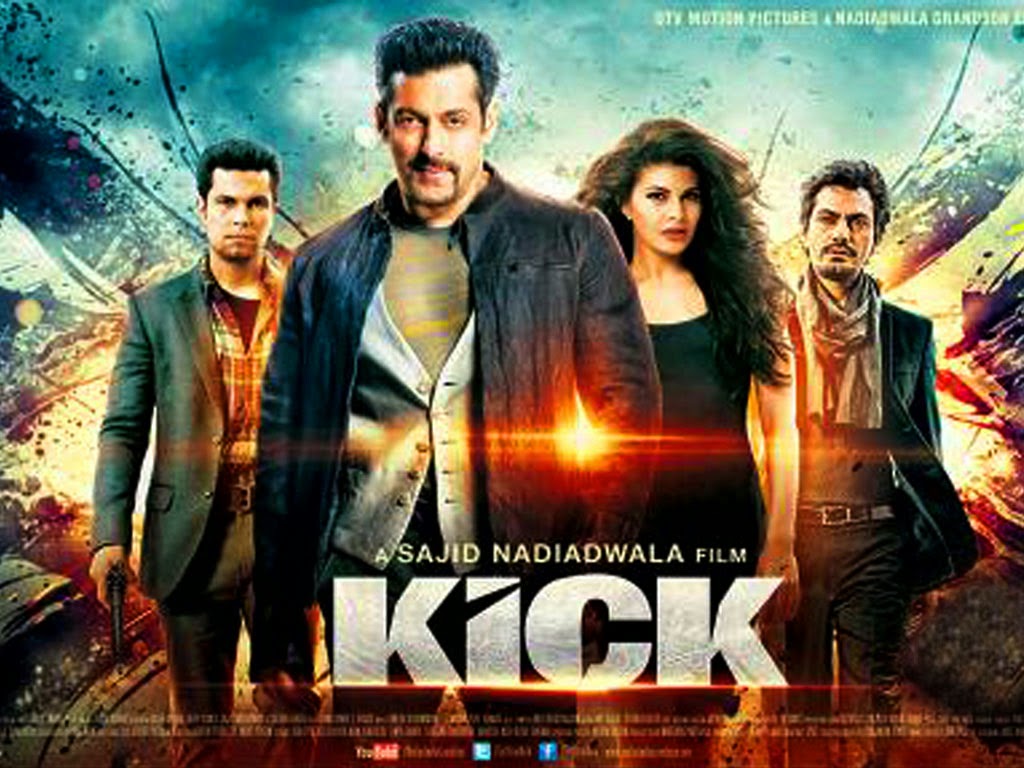 Every Eid , Salman khan gifts his Fans a full Paisa - Vasool entertainment bonanza  so we all wait for Eid with baited breath .But this year I was a tad bit disappointed as other movie reviews said that this was one of Salman's better scripted movies  but I beg to disagree .

First of all , about the  title "KICK", it  stands for the " Adrenaline rush " and not the usual soccer kick .So a good 15 minutes are spent in telling us what is the real meaning of  "KICK " here and visuals shown to that effect .

Devi Lal Singh (Salman Khan ) is an adrenal junkie and has changed 32 jobs just to get "Kicks " !
He has an equally Kicked- up Family in his Mother (Archana Puran Singh ) and Father (Mithun Chakraborty) .Both in memorable cameos .

Midway through the film, the excitement seeking Devi Lal vanishes after an altercation with his sweet heart Dr. Shaina  (Jacqueline Fernandes ) leaving her heart broken .Then enters the Dashing "DEVIL " (Salman Khan again ) who is on a looting spree .

The rest of the film is about the chasing of the master thief by Himanshu Tyagi (Randeep Hooda ) an upright and go -getter cop  and dodges by Devil .

Watch this movie for

Do not watch it if

If you are a die hard Salman Khan , do watch it .It is an average movie with cliches , spiced with comedy some serious action and some not- so happening romance .I regretfully  did not get a kick out of it .