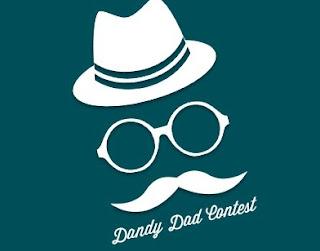 Dads ... they are Oh so Special !Always there for you since the the day you were born ...
In my earlier post here ,I reminisced about a few memories of my childhood with my Dad .

I remember wearing his only jacket all by myself  when I was a little less than four years old and it hung all the way to my feet and my Father found it so cute that he took a picture and captured that moment for ever .So this proves that I was always interested in my Papa 's wardrobe ever since I could not even speak the word "wardrobe " properly .


Today thanks to Jabong and their Father's day #DandyDad contest , I get to choose a wardrobe and design a look for my Father .

As you might have gathered from the title of my post , my Father ,was a very conservative dresser .His wardrobe had  select colours and styles and even though seasons changed ,my Father's wardrobe retained its old hues of greys and whites .

Since my father came from a humble background , simplicity had always been ingrained in his psyche ,and he frowned upon expensive and fine clothes at least for himself .It did not help that he was in a government job where  his favourite attire was the drab Safari suit in biscuit shades . For formal occasions he would put on a suit and a tie mostly in dark blue .How I loved to see him when dressed up smartly, for he was such a looker . But he never really cared much for his looks even in his young days .

As we grew up and became little more confident and assertive, we started  suggesting different colours and styles for him to dress in .He would mostly brush them off  with a  sheepish laughter or sometimes raise an eyebrow and that was enough to silence our uninvited critique about his dressing sense .

Recently I saw the movie " Dil Dhadakne Do " and was amazed with the style of actor Anil Kapoor who plays a dad in this movie  and it stuck me how my Father could carry this style so well too .

So here goes my pick for my dady dearest :

1.Crisp White shirt -Since he always loved the colour white for its simplicity ,I will let him keep his favourite colour .I liked this shirt . 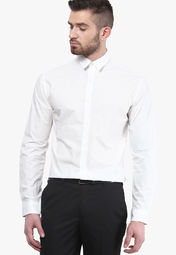 2. Blazer - I picked this solid rust  blazer from the Design factory for my dad because it cries for attention with its bold rust colour . 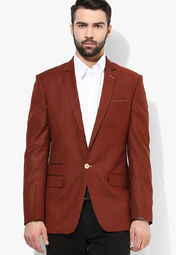 3.Off white pants - I picked this pair of formal trousers  from Live-in because it looked so classy .Also check out the price , quite affordable too ! 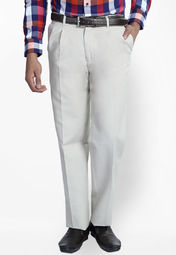 4. Pocket square  - A pocket square is a must for every gentleman ,Since I had already added lots of colour with the rich blazer ,I decided to not add any more colour here . 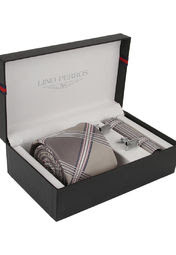 5.Cuff links - The sign of a real dresser-cufflinks .A thorough gentleman knows how to carry them off and a formal attire is incomplete without a pair of cufflinks .You must beleive me whn I say that Jabong has such a huge and colourful collection of the best cufflinks and accessories that I was amazed . 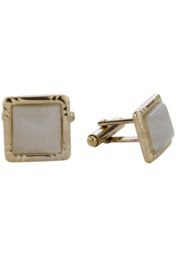 5.Tie - I chose a slightly understated tie since the blazer was eye catchy enough .Though I had already chosen  a pair of cufflinks , but I just could not resist this Tie-cufflinks-pocket square combination for its elegance as well as the packaging .

6 Socks - I chose a set of three socks from Allen Solly to complement the look . 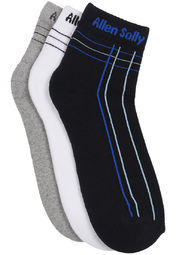 7.Belt - I chose a slim , reversible brown leather belt from my Father , here  it is . 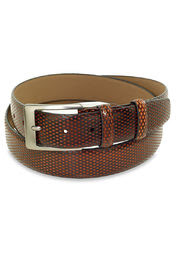 8.Shoes - A man is known by the shoes he wears so I chose these stylish shoes from Steve Madden ,here . A dress shoe is an integral part of formal wear . 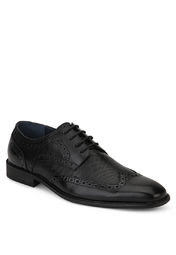 9.Hat - To add a touch of glamour I chose a beige hat from Turtle  ,also it would come in handy given the Indian warm weather . 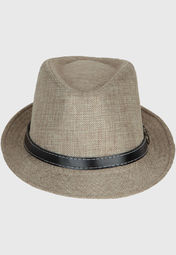 10 .Wayfarers - Lastly but not the least - sunglasses , I chose wayfarers from Marc Jacobs as they complement my Father's face very well , here . 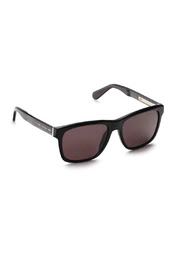 So this was the look I chose for my dearest Daddy  to transform him from a boring Dad to a #DandyDad .Do you like the look ?

What would you choose for your Father as Father' s day present ?