May 04, 2017
LOCATION - 1, Scindia House, Janpath Road, Janpath, New Delhi .The outside is unassuming and unimpressive ,in fact I had some difficulty in finding it .Parking can be a hassle on weekends .


AMBIENCE - As the name suggests , this place has travel as its theme and that is repeated in the double decker seating arrangements , the passport menus which bear Far East, Far west etc on the top and list the dishes of that region inside .The lobby has the feel of an airport and there are wall clocks showing the different times zones of different world cities and the theme goes on and on ... 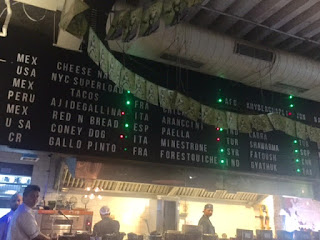 To be honest , except for the menus , I did not find anything interesting in the theme nor was there any functionality to the double decker seating !


MOCKTAILS -  That day being a dry day ,I could not have any cocktails so I am listing the moctails that were served to me . 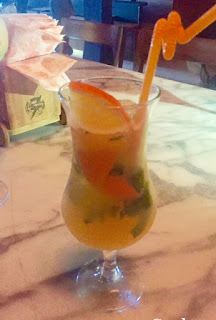 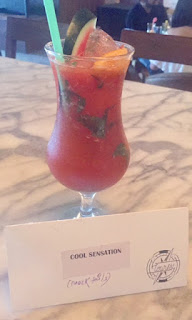 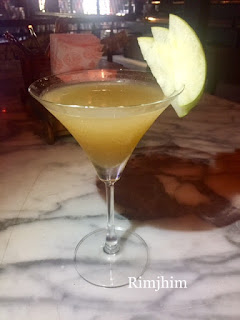 Rim Jhim – Green apple, Basil leaves,lemon and apple juice : I hear this is the hot selling mocktail and I just loved it .Tangy ,sweet ,salty and very refreshing ! 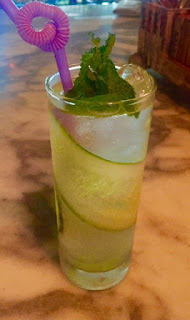 Go Green – Kaffir lime ,cucumber ,rock salt , Lemonade ,In house sweet and sour top up .I was expecting it to be more minty and green in colour but it was nice too .


In conclusion, if the mocktails were anything to go by , I would definitely revisit the place to also try their cocktails .

We had a great range of starters to choose from ,I was especially happy with the choice of the vegetarian starters 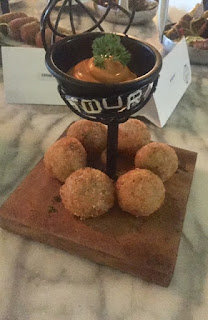 Arancini – Hand rolled risotto dumplings, crispy fried with cheese lava . Very crunchy because of the rice and soft ,creamy insides ! The tomatoey sauce was nice too . 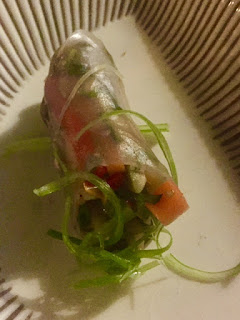 Chilled rice paper summer rolls  - A vietnamese dish of bean sprouts, Jalapeno and steam peppers with Kikkoman ginger Shoyu .The Kikkoman sauce was very mild , which worked for me ,but I wished the rice paper rolls were slightly thinner . 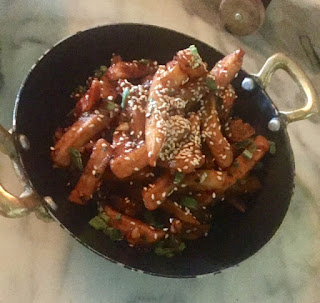 Corn and Chilly Fritters—A thai dish made of corn kernels batter fried with lime leaves,chili paste and red bean sauce .This was the  pièce de résistance , juicy and crisp with a hint of garlic .The sauce had just the right balance . 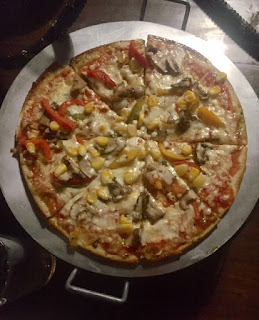 Pizza  - This thin crust pizza was topped abundantly with corn , peppers ,mushrooms and olives .I like the fact that despite being thin crust , it did not get stiff and card board like even aftre 20 mins of being served . 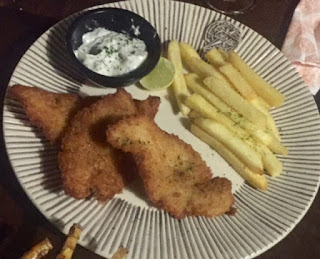 London fish n chips – The classic batter fried halibut fillet with crisp potato chips and mushy peas and tartar sauce was nice but I wish the potatoes were more crisp and had slightly more seasoning .The fish was soft and moist and well done .

Lemongrass chicken – These were minced chicken skewers on lemongrass talks with curry sauce . 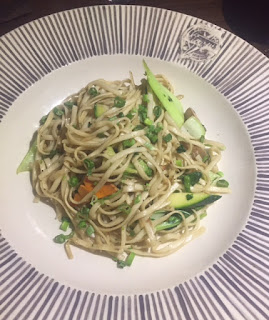 Wok tossed Udon noodles – We started with stir fried vegetables with Udon noodles .The noodles were done perfectly and it had a very nice mild flavor which I quite liked . I liked plenty of vegetables tossed into my noodles and I was quite happy with both . 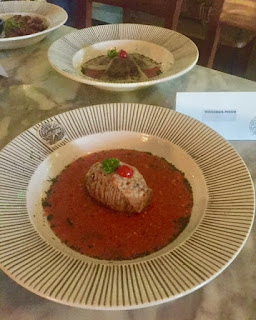 Hasselback potatoes – Thinly sliced potatoes with skin on with lemon and garlic ,bakes and served with cream cheese . 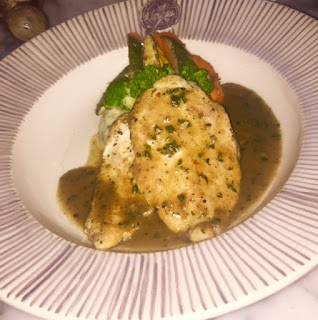 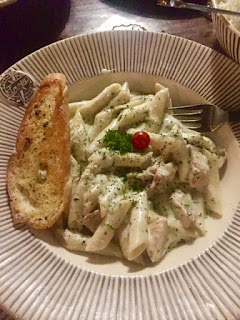 Chicken Pasta - The chicken was served with garlic bread and white sauce pasta .An O.K dish .


Kosho Mangsho – A delectable slow cooked  Bengali lamb dish .My friends liked it , the lamb was quite soft according to them .

Balochi Dal - Urad and moong dal lentils ,cooked over tandoor and tempered with garlic and cumin.I found it just average the Dal was tender and creamy but the flavor of cumin and garlic did not stand out . 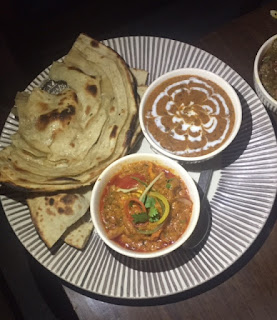 Tak Tak Paneer - This was more like shahi paneer and again failed to impress .Accompanied by Naans . 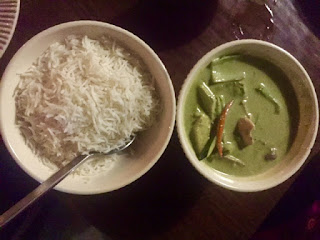 Green Thai curry with jasmine rice - Though the vegetables were done well and the rice was fluffy but it lacked the flavors .

Desserts - For desserts we were served an assorted platter of chocolate cheese cake,Chocolate eclairs ,Chocolate brownie and Chocolate tarts . The base of the tarts was slightly on the harder side and the brownie were dense too but the Eclairs were well glazed and flaky and the cheese cake was very good too ,soft but not too sweet . 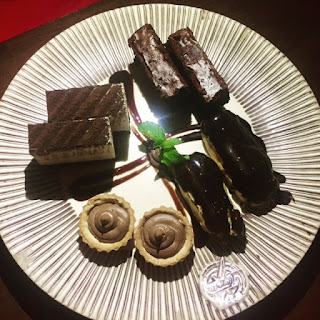 FINAL VERDICT - I came out happy to discover an outlet which was serious about serving good food , the mocktails were quite good and I am definitely going to come back to try their cocktails which I missed .They had a large variety of foods to offer from across the world and I think their Asian menu was the best among the lot .