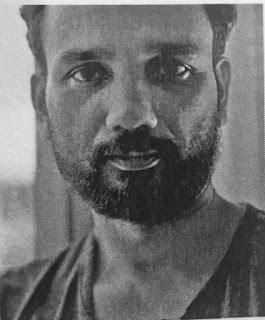 This is the debut novel of Dr. Merlin Franco, a P.H.D. in Ethnobotany from who is an Ethnobiologist from Kanyakumari district of India and is currently based in the beautiful island of Borneo studying the  relationships between people, languages and biological diversity of the Island. An avid dancer,he dreams of a utopian society when he is not working in the woods.

The Cover –The cover itself bears a humorous take on dowry, with a garland made of Rs. 2000 notes, roses and a car dangling from the center. There is no acknowledgment about the artist but it was a very appropriate cover. 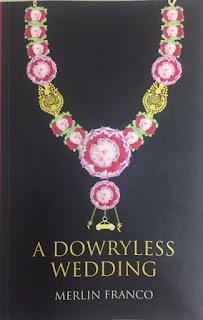 This book is a brilliant and hilarious take on the custom of giving dowry from the male’s perspective.The Book has strong autobiographical influences as the main character Dr.Franklin (distorted to Pranklee lovingly by his Tamil Mom) is also an Ethnobiologist like the author and is striving hard to conserve the flora and fauna of his native district Kanyakumari often ending up at loggerheads with the local religious and political leaders for speaking out his mind.

The left leaning young Dr. Franklin is of marriageable age and considered a good catch even though he is not a devout practicing Christian as his Mother wishes him to be. When his parents choose the lovely Nisha as a bride for him, he falls in love instantaneously with her. But the turning point comes when Nisha’s father, an important man in his community, insists on gifting his unwilling Son-in-Law, a car in dowry and there from starts a tale of clashing beliefs , counter allegations  and compromises making Franklin often question his love and his beliefs.


The book is written in simple English and is full of satire and wit and makes for an amusing and easy read. Also Dr. Merlin Franco gives us such a beautiful insight into the social, cultural and political threads of the society that you almost feel a part of the narrative. For a first timer, this is a very good book indeed.

I would have given it full marks but I was a little let down towards the end, with things going in a spiral and at a fast speed  and almost leaving the reader confused though ending  on a positive note (maybe I myself am a bit of a day dreamer and expect Utopia !).