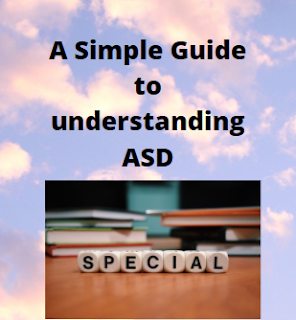 Today, approximately One in 160 children has an autism spectrum disorder (ASD) (1)

The number of children suffering from ASD appears to be increasing every year all over the world.

What is Autism Spectrum Disorder?

By Medical definition ,Autism spectrum disorder (ASD) refers to a range of conditions characterized by some degree of impaired social behaviour, communication and language, and a narrow range of interests and activities that are both unique to the individual and carried out repetitively.

ASD is not really considered a disease and so it cannot be cured. People with ASD seem to have brains with different wiring, so they learn and communicate differently from normal people.

What is the difference between Autism and ASD?

Earlier Autism was a separate diagnosis but the latest classification by The DSM-V ( Diagnostic and Statistical Manual of Mental diseases –Fifth edition) combines the four diagnoses of Autistic disorder, Asperger's syndrome, Childhood Disintegrative Disorder, and PDD-NOS.  under a single  umbrella called autism spectrum disorder. So basically, Autism is a part of ASD.

So far the scientific evidence points to a large number of factors that make a child more prone to develop ASD, but there is no hard evidence of the exact cause. The following are the most common risk factors for having a child with ASD

1.Having a family history of ASD

2. Advanced parental age at the time of conception

3.Drugs -Intake of Valproic acid (an anti-epileptic drug)by the mother during pregnancy has been shown to have an effect on the incidence of ASD

4. Role of vaccinations - Earlier it was believed that MMR vaccination was responsible for increased risk of Autism in Children but these studies have now been dismissed as inadequate.

What are the Symptoms of ASD?

Symptoms can be seen as early as 12 months and are quite evident by the 3rd year of life unless the symptoms are too mild to be detected by parents and teachers.

Some of the most common tell tale signs of ASD in children are:

1. The child does not respond to his/her name by 12 months of age

2. The Child does not point at objects to show interest (point at an airplane flying over) by 14 months of age

4. They avoid eye contact and want to be alone

5. They have trouble understanding other people’s feelings or talking about their own feelings

6. They have delayed speech and language skills, may have a flat tone of talking

7. They repeat words or phrases over and over (echolalia) or line up objects

8. They give unrelated answers to questions...

9. They get very upset by minor changes to routine e.g. they want to  eat the same food every day or take the same route to school.

10. They have obsessive interests involving one particular activity or object

11. They flap their hands, rock their body, or spin in circles

12. Have unusual reactions to the way things sound, smell, taste, look, or feel ( e.g. they may overreact to loud noise or may not get much affected )

13. They find it difficult to  interpret gestures (non verbal communication) or use  gestures to communicate

14.They do not wish to be touched

15. They can be hyperactive

16. They have a short attention span

Can People with ASD  lead a normal life ?

While a small minority of  people with ASD can live independently and even get married and have jobs, others may have severe disabilities and require life-long care and support.

The  intellectual levels can be variable in  different Autistic people, they may have a high IQ as seen in people with Asperger’s syndrome or have severe intellectual impairment.

Do Children grow out of ASD ?

ASD begins in childhood and tends to persist into adolescence and adulthood. Some symptoms may improve as the brain develops but most stay.

Mild to moderate Autism may improve with early diagnosis and psychosocial interventions, like behavioral therapy and training programs for parents. These can reduce the difficulties in communication and improve social behavior, and that can improve the quality of life of persons with ASD and their caregivers.

What is the Need for creating awareness about ASD ?

1. ASD will be more Prevalent in coming years and it is not curable.

In the coming years, it is expected that 1% of the world’s population will be suffering from ASD.

Worldwide, people with ASD live with the stigma of being mentally retarded and bear the brunt of social discrimination .Their human rights are frequently violated.

2.Educational and Social Needs -A person with ASD is unable to conduct daily activities and participate in society without help. They have lesser chances of getting education and employment opportunities or achieve a social status.

3.Economic Aspect -Caring for children with a severe ASD can be a significant economical and physical burden. We need laws and provisions that can help persons with ASD and their caregivers to cope wit the increased financial challenge.

The COVID19 epidemic has been tougher on autistic people and their families. The lockdown  forced several services to  close down and many people have been left without any support.

Moreover there is no certainty whether things will improve anytime soon.

Every year 29 March to 4th April is observed as the World Autism Awareness Week to think about the changes that can make the world a better place for Autistic children and their families.

Raising awareness and improving the social atmosphere is the only way forward for dealing with Autism Spectrum Disorder.

Sharing is caring, spread the word , show that you care.

" This post is a part of Blogchatter's initiative #CauseAChatter "

2. How To tackle your Teenager's Disdain