How to protect yourself from TB 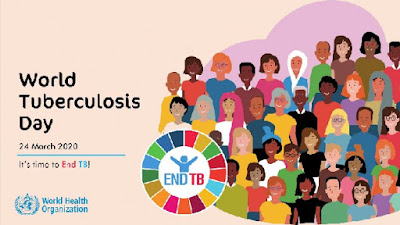 24th of March is observed as World Tuberculosis Day and this Day is even more significant for us in India because out of the total number of TB cases in the world, about one-fourth live in India alone.

According to WHO, In 2019, 1.2 million children fell ill with TB globally. Child and adolescent TB is often overlooked by health providers and can be difficult to diagnose and treat.

Tuberculosis or TB is caused by a bacteria called Mycobacterium tuberculosis.
TB does not spread by touching an infected person or by sharing food or water.

When a TB-infected person, coughs, sneezes, or speaks, the bacteria are released into to air. When the people nearby inhale the bacteria they become infected.

A lot depends on the immunity of the person inhaling otherwise the situation could have been worse.

The infection of TB may be latent (hidden ) or Active.

A person with Active TB may have the following symptoms:

1. persistent cough that lasts for at least 3 weeks.

2.They may have blood-tinged sputum

3.Chills with mostly fever towards the evening

4. loss of appetite and weight loss 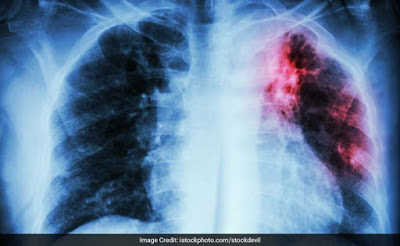 4. Sputum tests for the Mycobacterium Tuberculosis

Till a few decades back, TB was a leading cause of death in India and the world but now it is completely curable when detected early.

Treatment for latent TB involves taking antibiotics and for active TB the affected person needs to take a combination of many drugs for a period of nine months.

Unfortunately, there are several other strands of the TB Bacteria that are proving difficult to cure because of drug resistance. The treatment for drug-resistant TB is more complicated.

How can you protect yourself from TB

1. Stop smoking , smoking increases the risk of TB and also chances of recurrence of infection after treatment.

2. Eat healthy. A good and strong immune system is the best guarantee against many disease including TB

3. Regular  exercises like running, cycling, jogging, pranayama etc. are good for the lung function and keep the respiratory system healthy.

4. Do not ignore a persistent cough or fever that lasts more than 21 days.

Homeopathy can help at multiple levels.

1.Controlling the spread of disease

2. Helps in faster response to antibiotics by improving immune response

3. Helps in  combatting the bad effects of the TB drugs on liver and kidney

4. In drug-resistant TB Homeopathy can help as a supplementary therapy where antibiotics alone are less effective.

Remember, timely diagnosis and proper treatment are the keys to the cure of Tuberculosis.